Over 3500 individuals and families evicted from Kiryandongo District by 3 multinational companies. 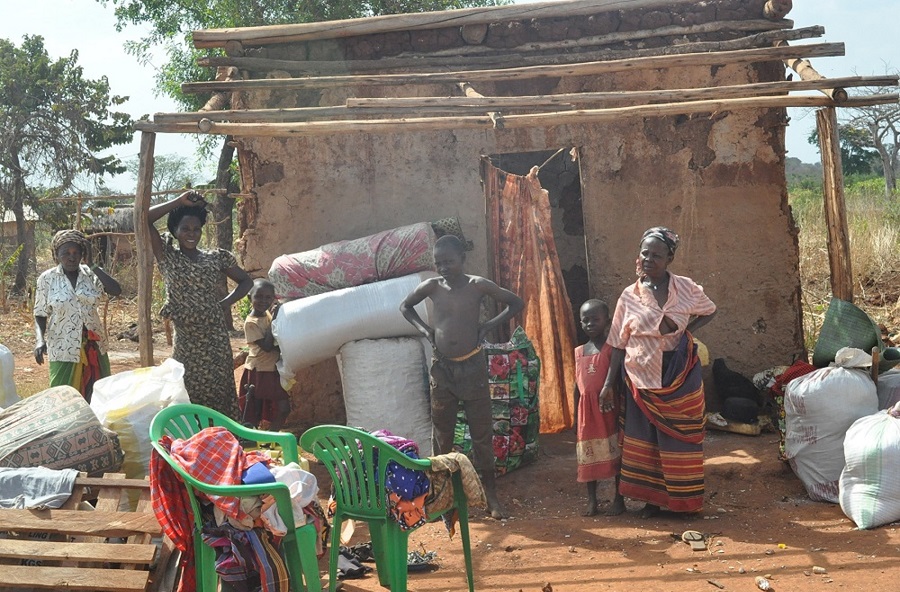 At the centre of mass land displacements and evictions in Kiryandongo district in Uganda is Great Seasons SMC, a multinational agribusiness company faulted for the egregious violations of human rights to the local community of Kibanda, Kiryandongo. This Dubai-based company is owned by a Sudanese investor Yasir Adam Ahmedi Abdalla and is said to be building a coffee plantation on 1,165 hectares in the district. It has been reported that Great Seasons SMC Limited is partly responsible for the collective eviction of over 35,000 individuals from Kiryandongo since 2017 with damage to property, schools, houses as well as the use of violence, sexual assault and intimidation to coerce the members of the local communities to vacate the land they occupy. The two other multinational companies that have been pinpointed for actively evicting families in Kiryandongo District are Kiryandongo Sugar Limited and Agilis Partners. According to the government of Uganda, the land that was procured by Great Seasons SMC Ltd was previously unoccupied public Land giving the government the legal authority over how it could be administered and sold off, however, the local community occupying this land claim that they had legitimate ownership over the land which has created a stalemate between the Great seasons SMC Ltd that procured this land from the government and the local community. This disagreement was further exacerbated by the fact that the procedures and processes under which acquisition of this land was made were not known to the local community and still remain unclear to this day. This company has been reported to exert all kinds of pressure on the local community in order to evict them, with reports of Kidnappings, torture attempted defilement, direct violence and even rape as tools to inflict fear and force locals to leave the land, it has also been recorded that the company actively punishes those that are defiant. According to a report from witness radio, the Nyamutende LC 1 general secretary, John Tayeba confirmed the use of rape and sexual assault against communities being evicted and reported that 3 cases were recorded in May, June and July 2020. The plight of those individuals being forcefully evicted has been worsened by the fact that the company has the support of the police and Military forces stationed in Kiryandongo district as has been witnessed by the presence and participation of these forces in the eviction processes. These forces are involved in intimidating the locals and enforcing arrests for anyone that resists eviction, leaving them with limited hope of assistance from government law enforcement agencies. It was recently reported that 4 individuals were kidnapped by workers of Great Seasons SMC on the 18th.03.2021 in Kisalanda, Kiryandongo, these individuals were Mr. Sepriano Baluma, Byaruhanga John, Alyangira Francis and Mr. Frank who had all resisted vacating the land they occupied. However, upon further investigation by members of the local community, it emerged that these individuals were detained at the Kiryandongo police station on the orders of Great Season SMC and were later released on police bond. What complicates the land evictions by Great Seasons SMC Ltd is the fact that the procedures and processes undertaken while acquiring the large tracts of land they claim were unclear or shrouded in secrecy, the community was completely left out of this transaction and is now being forced by the company, the police and military forces to vacate the land, leaving the members of the community in a dire situation as both the perpetrators of human rights violations and the institutions responsible for serving and protecting them, are working together to compound their misery. Given the magnitude and audacity of the evictions by this multinational company, one can only question where their authority is derived from and what is allowing such human violations to thrive; could it be weak law enforcement? political figures that support and influence the actions of such companies? limited enforcement of the legal and policy frameworks on land and investment? multinational companies meeting all required obligations and attain ownership of large scale tracts of land? or has corruption been the key driver in this particular case? Finding the answers that would identify the origin of some of these issues continues to remain a complex endeavour due to the widespread lack of transparency on such investments coupled with the weakness of institutions delegated to ensure observance of the law and guidelines on land and investment. This ambiguity contributes largely to the excessive undermining of observance of the rule of law. However, Platforms like the Uganda land Observatory and the Land Matrix Initiative, are actively seeking to demystify processes that led to of large-scale land acquisition in Uganda in view of providing data that will address land wrangles, land acquisition processes and community-investor relations. It however is also incumbent upon the government to protect the rights and livelihoods of individuals within the local communities even while creating a conducive environment for investments to thrive and contribute to national economic development.

The Bitter taste of Sugar as Atiak Sugar Factory Suspends Operations.
Over 3500 individuals and families evicted from Kiryandongo District by 3 multinational companies.
Land Probe Commission recommends that all Land needs to be Registered.